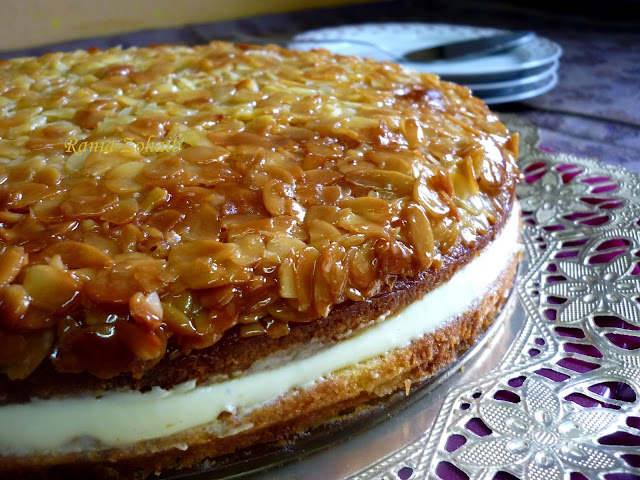 This is a very special Cake with a sort of weird name for many, If i translate it in English it will be “The Bee Sting” cake, funny isn’t it :D But it has a back ground like many other dishes..
I have heard this story from my elderly German neighbours, my other friends and surfed in the net for more info and all had more or less the same version. Most of the bakery sales men or women will tell you the same version if you ask them :)
I always find it very interesting to read the story behind this. It is said that the inhabitants living on the Rhine(river bank) planned to attack the city of Andernach to take revenge of being deprived from the rights of Rhine. (Rhine is a river in the middle Europe which runs through the Swiss Alps and flows into the North Seas of Netherland) 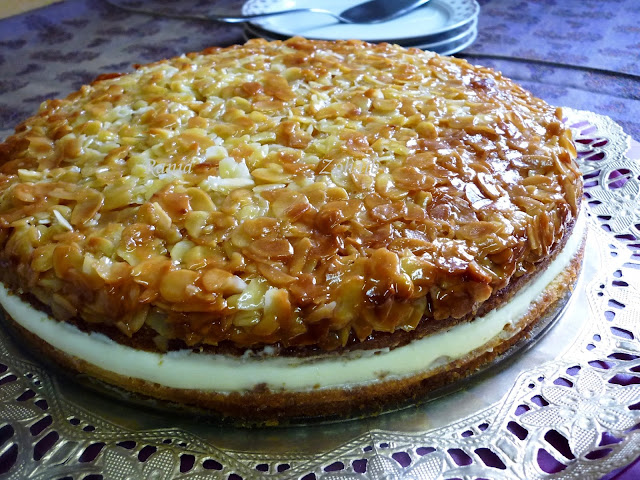 Two young baker boys from Andernach who were enjoying late night fun, saw a bee hive and wanted to gobble some sweet honey. As they reached for the hive they saw the enemy approaching in the dark to attack their city, so threw the hive on them to stop them,. Obviously the bees got aggressive and stung the enemy who had to run for their lives and this way the two saved their city from any attack
When these two baker boys returned home, they were greeted as heroes and the people of Andernach celebrated them by baking this cake and naming it after the “Bee sting”
It sounds different when you read the original story in German :) But just to give you an idea why is it called so, I translated it from the original : )