Qoorma is a very delicious and divine dish on all special occasions, it actually comes from the Mughals, is made with heavy cream, yoghurt and coconut milk….yummmzzz and to top it’s richness we add, almonds and cashews in it too : ) 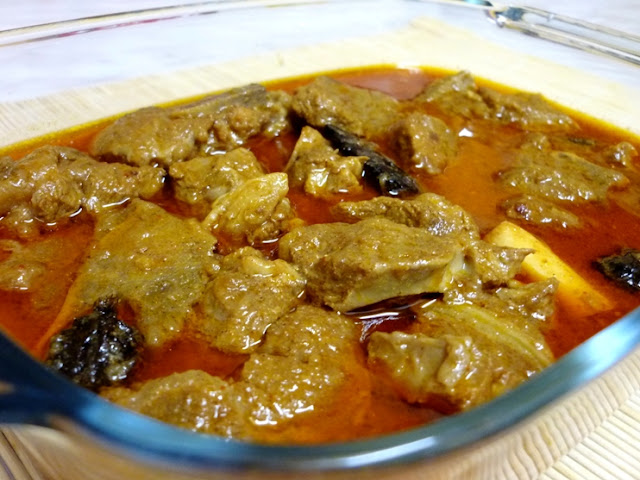 I made it on Eid-ul-Azha, in a very different way using so less spices and having a great outcome it taste extreme good with Polau. You don’t have any heavy feeling after it but you don’t miss the rich ingredients in it too : ) 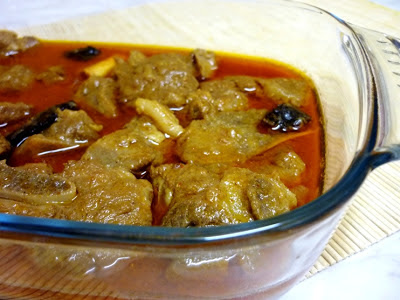 The color of this dish should be a fresh reddish one not a burnt brown and as I was done cooking it , it turned out really great! Cinnamon is the most important thing in Qoorma.
For Qoorma you need to take meat with bones as it brings out the real taste of it. 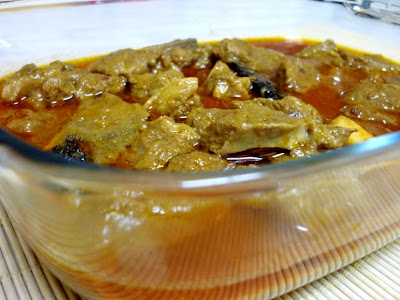 This is how I made it: 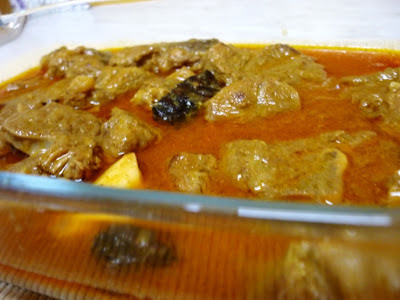 -heat the ghee and put in 1 stick of cinnamon and the big cardamoms
-just fry till they give an aroma, and then add the sliced onions
-fry till crispy golden brown NOT dark brown, as this is spoil the color!
-Now add in the meat and stir well
- add the GG paste and stir on medium heat
-as you see the meat changing a bit white color, sprinkle 1 tsp of cinnamon and keep mixing
-now add the salt and red chili, stir again
-you’ll see a nice reddish color coming out
-whisk the yoghurt well that no lumps are to be seen
-pour it over the meat and mix al well
-just cover the lid and let it cook
-I add no drop of water as the yoghurt leaves so much water that it gets cooked very well!
-this will take around 25-30 minutes
-do check once in between and stir all
-sprinkle some of the cinnamon powder again and close lid
-as you see the ghee showing on all sides and the meat is tender to break, it is done!
-sprinkle the rest cinnamon powder and cover so the cinnamon smell spreads all over in the pot

On Qoorma we don’t garnish with any fresh chili or coriander, it has its own taste and aroma, but of course it is up to you if you want too : )

I do make the thick Qoorma every so often when I make Naans, this here is good for Polau. Do try and you will definitely see that there is no difference in the aroma and taste : )