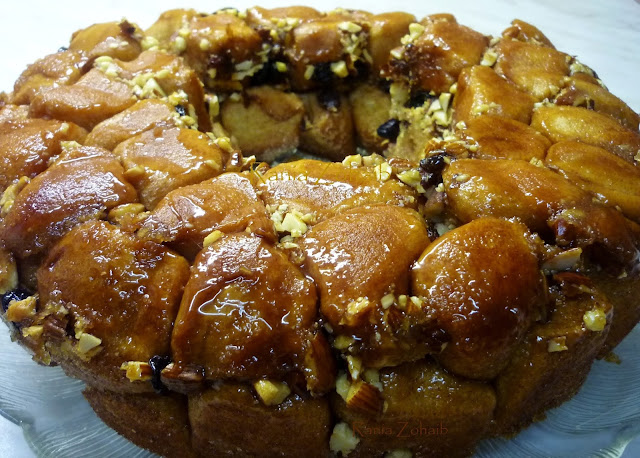 
It’s a strange name  and many object on naming it this way but… people have chosen it coz its similar to the pull apart function  : ) It’s soft and nice and very cinnamonyyyyy and I love all baked with cinnamon in it
The dough is similar to my German Butter cake made with fresh yeast. In this dough we add sugar so it’s called the Sweet dough,
We can of course make our own dough at home from the scratch but honestly that s too much work; I’d rather bake a pizza from that dough when it’s ready lol… 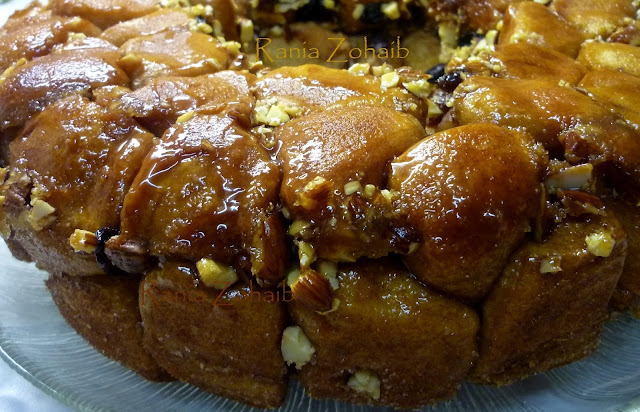 
I reheated it but the dough in my toaster but it had a strange structure like old bread from last two days :/ 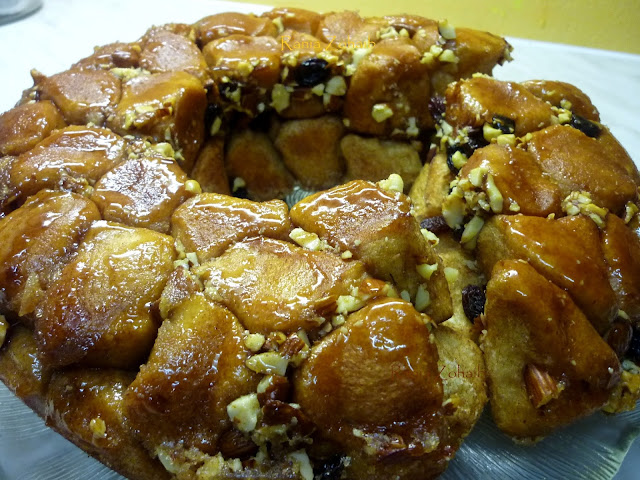 But it is a try worth as it really yummy.. And once it is served it is already gone in no time, one cannot resist the aroma and taste of the Cinnamon and goooey honey in it ..yummmmzzz : D 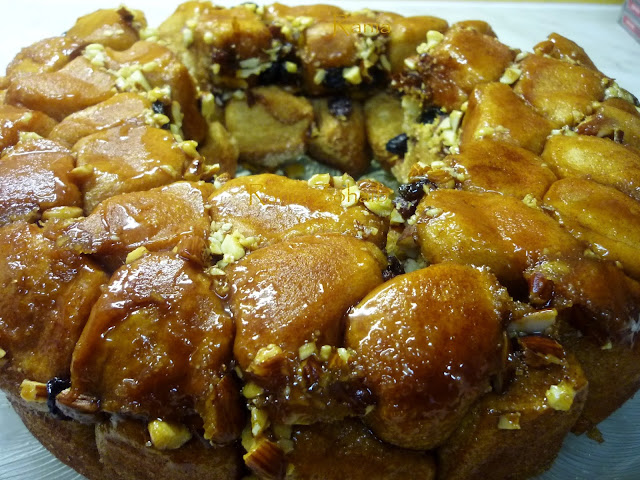 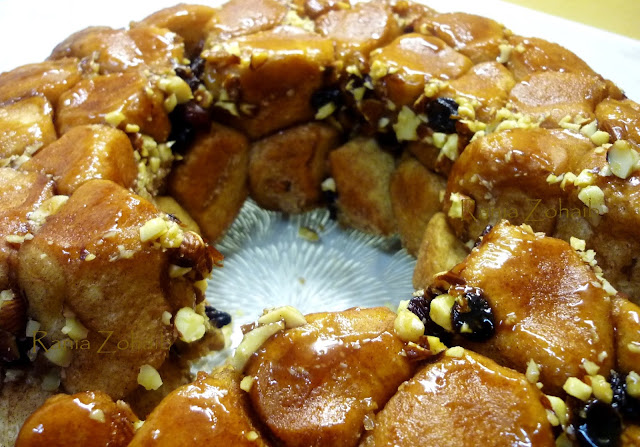 -cut the biscuit dough in four triangles (4 reach)
-Mix the sugar with 1 tsp of cinnamon powder in a bowl
Melt the butter and mix in the other 1tsp of cinnamon in it
-Take a Bundt baking form
-grease it slightly
-now  first dip each piece in the butter/cinnamon then put all pieces of dough in the cinnamon/sugar bowl and mix  all thoroughly so that the pieces are good coated with it
Place it in the form so that it takes a shape of a cake
-spread the nuts and raisins on it
-cover with a second layer the same way
-when the form is full, pour the melted butter all over the bread covering all pieces with it
-Bake it in a pre-heated oven on 180 C for around 25-35 mints
-you can do the tooth pick test, if it comes out clear, it’s done
-Take it out and turn over gently onto a deep tray as it is still warm
-Be careful as the melted butter will leak out from sides
-let it stay for 5-8 mints and eat hot as later it starts turning a bit hard because as the butter gets cold the biscuits will become hard.
They stick to each other when we dip each piece in the sugar /butter mixture